Aspire Together, Achieve Together

Wyedean is an academic & nurturing global school committed to
World Class C21st learning for all. We aim to turn dreams into futures.

“We the People…” how much of a direct result is Trump from the first C17th colonies of Jamestown and Plymouth Rock?

Why I love History

From earliest childhood, I have been fascinated by history, especially people and places. I remember my two oldest history books given to me in primary school, which I still have in my cabin study at home. The first one was a Penguin “History of the Crimean War” and the other one was by the great children’s historian, RJ Unstead, and his series on the history of Britain. I grew up and went to school in the border Marches county of Shropshire and having so many historical sites on my doorstep undoubtedly had a major influence on me as a child.

There is a fifteen minute car journey from the modern day A5, the old Roman Watling Street, that takes a left onto the B4380, just past Attingham Park. You cross the River Severn at Atcham, and 3000 years of history reveals itself in one short trip that takes you to the World’s first iron bridge and the birthplace of the Industrial Revolution in the Coalbrookdale gorge. You start with the ruined Roman city of Viroconium at Wroxeter, then onto the ancient Iron Age hill fort of the Cornovii on top of the Wrekin, the ruined medieval abbey at Buildwas until you finally arrive at Ironbridge and marvel at this UNESCO treasure built in 1779. Continuing onto my village of Madeley, mentioned in the Domesday book but first recorded in the early 8th century. Here Charles II hid in Francis Wolfe’s barn fleeing Roundheads after the Battle of Worcester in 1651 and without these sympathetic Catholic Royalists, history may have been very different. I can’t even count the number of visitors I have taken to these places and driven along this road and for me it never loses its incredible sense of awe as a route. My love of history is largely due to the fact the past makes me feel so insignificant and humble.

I was really fortunate to have had some wonderfully inspiring teachers who gave me so many books to read from Mr Rickards to Mrs Brain to Mr Jones to Miss Wade. By a very strange coincidence I happened to be on an A Level school visit to West Berlin around the time when the Berlin Wall came down. I still pinch myself to think I was there at this incredibly significant moment in modern history. I ended up studying History and Politics at the University of York and spent four years in this northern city that oozed (should that be Oused?) history in every corner.  I stumbled into teaching and took my first job in York at the Quaker school, Bootham, which is just in front of York Minister.  By chance one of my favourite 20th century historians, AJP Taylor, was a student there in the 1920s.  Finding his orginal hand written student history essays in the school archives was one of my more unreal moments.  Later on as a young history teacher in Bristol a year 9 boy astonishingly brought into my classroom one day the actual diary of Unity Mitford.  One of the famous Mitford sisters, Unity had been a very close friend of Hitler throughout the 1930s living more or less with him in Munich. How the diary ended up in north Bristol is beyond me but hopefully one day it will end up with a publisher.

To pick a thread and follow an unknown path into the past still illuminates my intellectual mind as it did all those years ago as a child in Shropshire. A recent colleague in Turkey stated to me why in her opinion the Armenian Genocide of 1915 isn’t taught in Turkish schools, is not a genocide and it is against the law in Turkey to teach or say that as historical fact. My colleague in Armenia has just sent me my latest book to read this autumn: “They Can Live in the Desert but Nowhere Else”: A History of the Armenian Genocide. by Ronald Grigor Suny.  I am already following this next thread of history so I can find out more and for me to be challenged.  The past is never a settled a place and as the Roman Cicero said “To remain ignorant of history is to remain forever a child”. 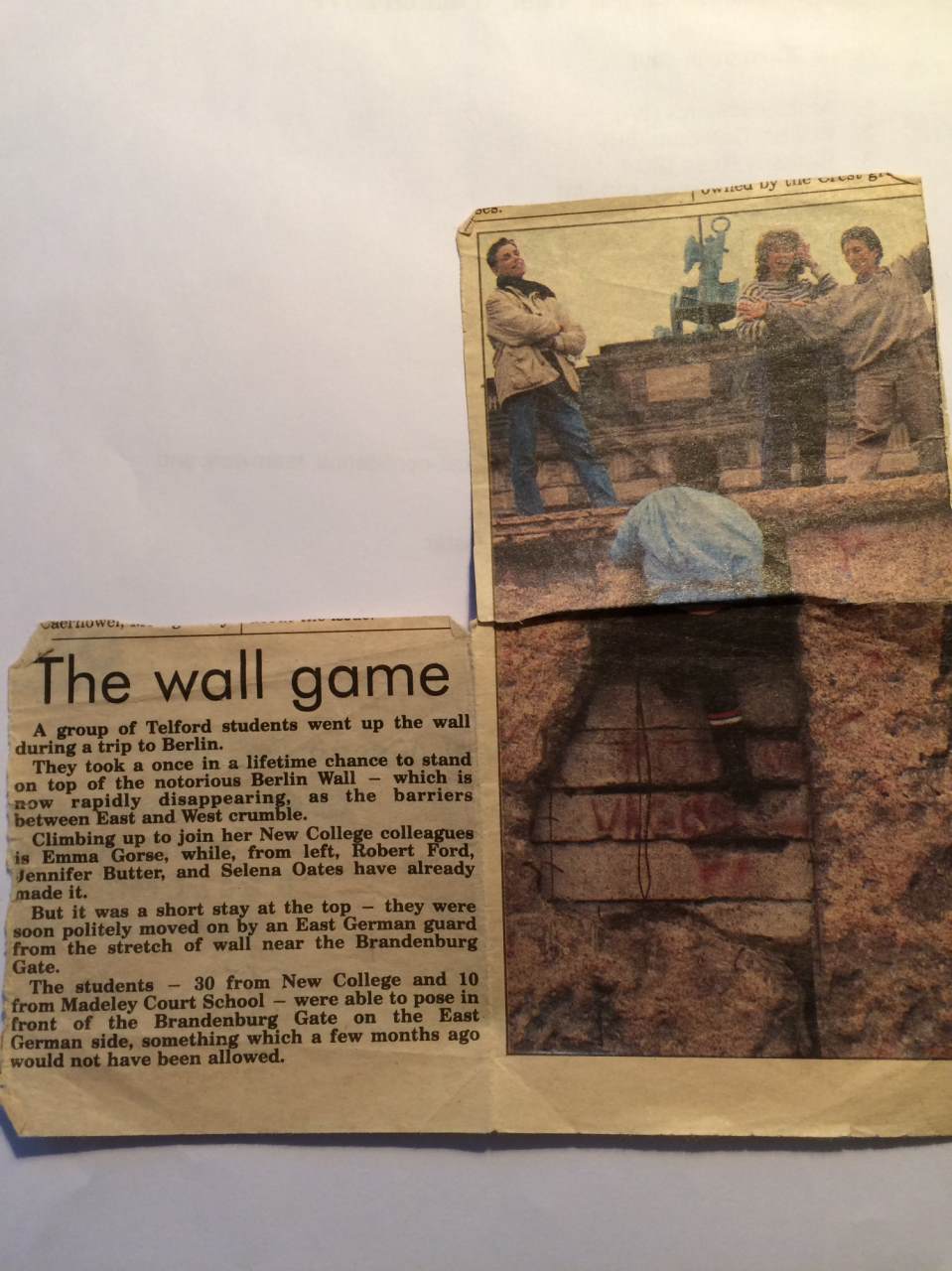 A Transatlantic forum of educators

A smooth sea never made a skilful sailor

Global Learning in the 21st Century