Aspire Together, Achieve Together

Wyedean is an academic & nurturing global school committed to
World Class C21st learning for all. We aim to turn dreams into futures. 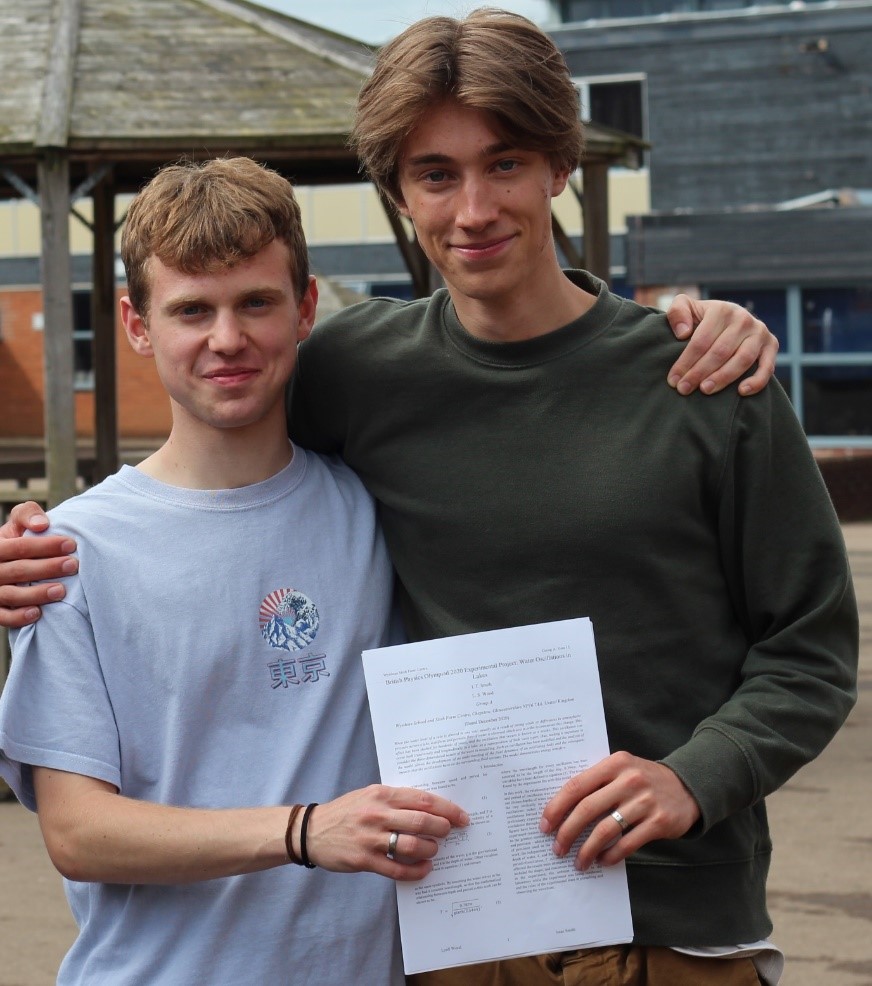 uge congratulations are due to Isaac Smith and Lyall Wood in Year 12 who are 2021 Gold Award winners in this highly prestigious national competition for Year 12 and 13 physics students from schools across the whole of Britain.

Isaac and Lyall decided to use their Enrichment time to explore an area of physics beyond their A level course.  As they were undertaking some research online, they came across this competition and decided to enter even though it was now October and the competition had opened in July 2020.

All competitors were set the same brief to devise and carry out experiments to determine the relationship between the depth of a body of water and the time taken for a wave to complete a full cycle.  Having sought help from the science technicians, the boys organised all the equipment they required and spent hours and hours during their study periods and after school conducting experiments and planning how to write up their findings.  As the Christmas holidays approached and a new lockdown was being predicted, the boys stepped up their work to complete their experiments to ensure they had sufficient results to draw conclusions.  Interestingly, they both mentioned to me that practical work was not a particular strength for either of them prior to embarking on this project, but their teachers have commented on the improvement they have noticed since they embarked on the competition.

As predicted, lockdown started again in January but, undeterred, the boys carried on with the project using an app. called Discord to share their writing, graphs and tables.  They undertook a huge amount of research into how to format their final submission into the style required by universities, reading scientific papers and even borrowing university essays written by Mr. Jones, their physics teacher, to ensure they got the format exactly right.

They made their submission by the end of January deadline and then waited and waited.  Out of the blue, on 24th June, having almost forgotten about it, Mr. Jones received an email from Oxford University, one of the competition sponsors, confirming that Isaac and Lyall’s project was a Gold Award winner!

We are extremely proud of the success achieved by these students, who so enjoyed undertaking the project, which has equipped them with fantastic skills for their next steps in their chosen fields.  Isaac is planning to study medical physics and Lyall is not sure whether to study maths or physics – or perhaps both.

The students are very pleased that their project was so well received and wish to thank Mr. Jones, Ms. Yeh and the science technicians – especially Steve Robinson – for the help and encouragement they received.